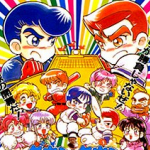 General Guidelines and Tips to Improve the Wiki

I was going to make a separate page for this, but I believe it is unnecessary. The following is what I consider some official guidelines and rules when editing the wiki. Users should adhere and abide by them if they want the wiki to have quality content.

To start, here is a list of every known game in the Kunio-kun franchise. Some might be missing though.

Stuff to work with

Here is a list of things for users to get started with:

Retrieved from "https://kuniokun.fandom.com/wiki/User:Seersixone?oldid=9402"
Community content is available under CC-BY-SA unless otherwise noted.