Tōdō (藤堂, とうどう?), full name Tōdō Mamoru (藤堂護, とうどう まもる?), the Student Council President of Reihō Academy and a 3rd year student in the Kunio-kun franchise. He is one of the main antagonists of the Downtown Nekketsu series and first appears in Downtown Nekketsu Kōshinkyoku: Soreyuke Daiundōkai, where he shows up during the opening intro. He is known for his huge dislike of delinquents, especially Kunio of Nekketsu High School, and makes multiple attempts to humiliate and defeat him in the series.

He first debuted in this game where he had sponsored a multi sport tournament in the hopes that the schools would resort to sports event and to stop the fighting between its delinquents, however Todo's real goal is to ensure that Reihō would win against all schools (especially Nekketsu High led by Kunio). Despite this plan Kunio and his team defeats him in a match, and upon announcing his closing ceremony, he blurted out his resentment towards Kunio, causing the latter (who overheard it) to give chase.

After his team loses to Nekketsu, he swears that he will humiliate him one day, and to do this. He barged onto his father's office and lies to him that Kunio has been bullying him since day one (a fact that Yamada points out later on), following on the elderly secretary's advice, he then tells Kōnosuke that the Colosseum will be constructed where all forms of sports (including judo) will be held, but with one twist; No rules.

His father then complies with his wishes to have the arena completed in the hopes that Reihō will once again win, this time going so far as to invite the Oklahoma Team to participate. Despite this handicap, and an international team however he is once again defeated, and as it turns out, Kōnosuke already saw through his son's lie and only goes along in the hopes that son will mature to a better person.

Indeed, after he visited the airport to give flowers to Johnny as a gift, he considers admitting defeat and directly apologizes to Kunio for antagonizing him, unfortunately, when Yamada picks up the same flower (mistaking it for a gift) in the trash bin, Tōdo explodes in anger and once again reignites his hatred for Kunio (causing the latter to be confused at this ordeal) and the latter gives chase.

Todo appears twice the game if the player has recruited Kobayashi and visits specific spots, and speaks briefly to them.

As a remake of Downtown Nekketsu Story's sequel (as River City: Rival Showdown) it is revealed that he organized the multi sports contest as an apology for the commotion caused by Reihō Academy and hoped that this will unite the other schools as a form of peace treaty. In truth however he plans on exacting revenge on Nekketsu High (particularly, Kunio's) so that Reihō will win through underhanded means (up to including permitting bombs (and later grenades) in the competition).

In this continuity, Tōdo works as a clerk for Merv Burgers in Crosstown where he serves meal to Misako and Kyōko, while he still retains his snobby behavior, he's fairly cordial to the girls. However, he also happens to be Uptown's mayor as well, this implies that him working at a burger joint was just an act, and still retains his vendetta towards Kunio (Tōdo might have learned his favorite food joint and is only pretending to be a clerk at a chance at humiliating Kunio, via through food laced with posion). 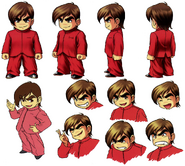 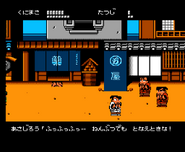 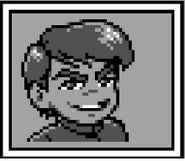 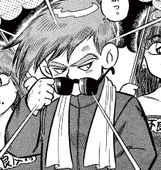