Shodai Nekketsu Kōha Kunio-kun (初代熱血硬派くにおくん, which roughly translates to "The Original Hot-Blooded Tough Guy Kunio") is a beat 'em up role-playing game released exclusively for the Super Famicom on August 7, 1992. The game was developed and published by Technōs Japan Corp. and is the first Kunio-Kun game for the console.

The original Nekketsu Kōha Kunio-kun was a beat 'em up, but Shodai is an action role-playing game that combines elements of the beat 'em up genre. The game is set in Osaka, where Kunio and other Nekketsu High School classmates are on a field trip and get involved in an incident between two rival factions: The Osaka Alliance and the Osaka Union. Similarly to the original game, real world places from Osaka, such as Umeda, Shinsaibashi and Ebisuchō Station, etc., are used. Characters are also appropriately proportioned just like in the original game, instead of using the chibi art style that Downtown Nekketsu Monogatari made popular.

A student-only electric train has departed from Tokyo Station and passes through Kyoto Station. A group of second-year students from Nekketsu High School, among them Kunio, are aboard this train. Their destination is Osaka, the city of laughter and swindling. Kunio is sleepy and tired, but Hiroshi suddenly calls out to him.

"Kunio! Yoshihiro will guide us through Osaka! Let's go together!"

Yoshihiro is a classmate who originally transferred from Osaka to Nekketsu High School, so he knows Osaka well. However, Kunio is tired, so he refuses Hiroshi and Yoshihiro's offer to move around Osaka and instead heads straight for the hotel to rest.

On the way to "Hotel Osaka", Kunio comes across Riki, who is also on a school trip and is staying at the same hotel. While making their way to the hotel, Kunio is suddenly attacked by a delinquent. Kunio ends the fight quickly, then makes his way to his room to rest as if nothing happened. Soon, Kōji enters Kunio's room to tell him that Hiroshi is being attacked by delinquents in the hotel's underground parking lot. After checking out the commotion, ensuring that Hiroshi is fine, and beating the crap out of the delinquents, the Nekketsu High School gather in one of their hotel rooms, where Hiroshi asks Kunio if he can accompany him to meet with his correspondence partner in Osaka.

The gameplay is closer to the original Nekketsu Kōha Kunio-kun and Downtown Nekketsu Monogatari, but has unique elements exclusive to the game.

In Downtown Nekketsu Monogatari, enemy characters would randomly speak, or speak when knocked out. In Shodai, players can press the A button near non-playable characters to speak with them.

The game includes a day and night cycle. Some events only occur during the day and others during night. At night, the encounter rate increases, as their are more drunks and delinquents in the vicinity. A bug in the game may cause some events that are meant to happen in the day to take place at night.

While moving around the city, some NPCs might stop the player, causing an encounter (similar to most Japanese role-playing games). The music changes and the screen stops scrolling, the area where the encounter took place becomes the battle area. The player cannot escape from fights, the only option is to knock out all enemies or be knocked out. Some NPCs might join the player if they get involved in the fight and can't get away from it in time. In some cases, the player will be accompanied by allies that can also assist them.

If players defeat all enemies, the receive experience points. Enemies may also drop prepaid cards, the game's currency. In a two player game, only the character who defeated the final enemy receives any dropped items. It is possible to attack NPCs that are not involved in fights, however they do not drop any money or items when defeated and the experience they give is very little.

If players are defeated, they will be taken to the hotel room where Kōji is staying in. If only one player is defeated, the remaining player must return to this room to get the other player.

After gaining an specific amount of experience, the character will level up. This will increase their stats and the character might also learn a new special move. It is also possible to learn Spirit Techniques, which can be used in the menu to trigger various effects.

The game does not have shops to purchase or sell items. Instead, items are dropped by enemies or rewarded during the game.

Shodai uses an equipment system of weapons and armor. 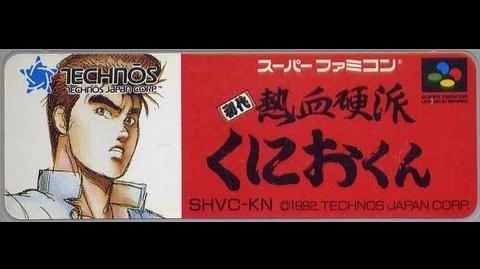 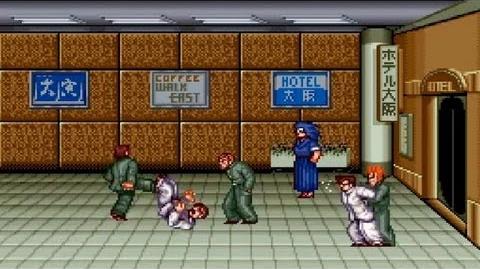 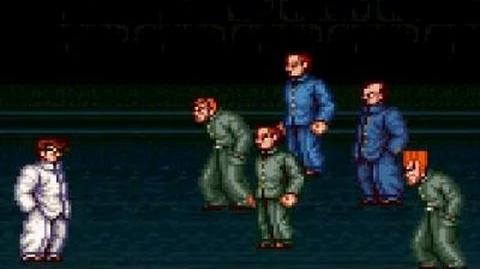 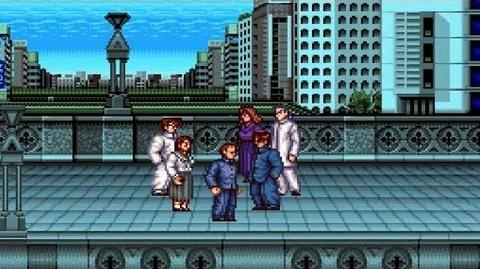 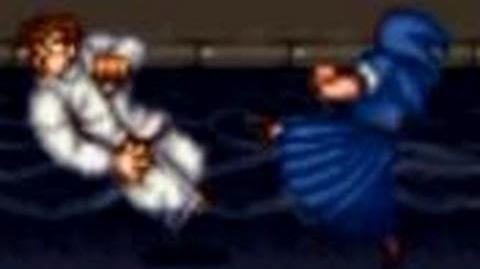 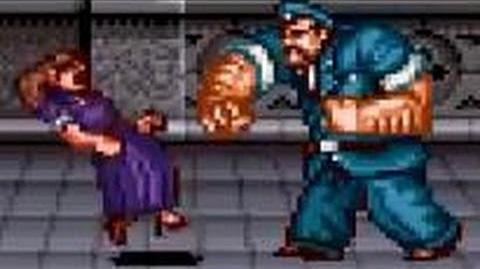 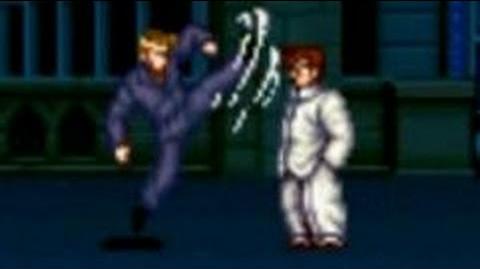 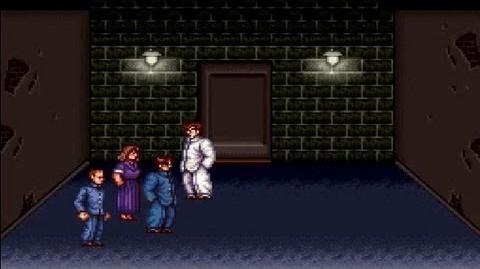 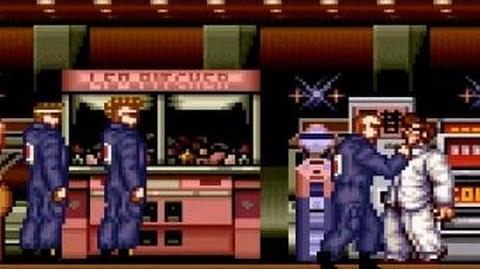 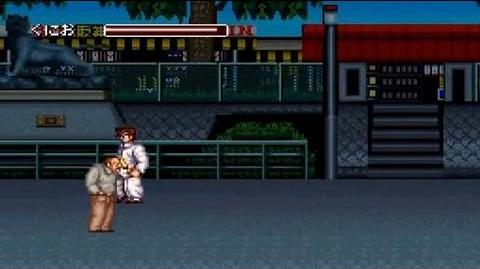 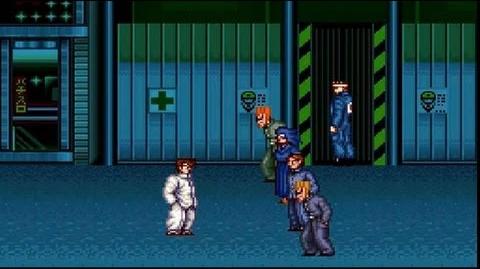 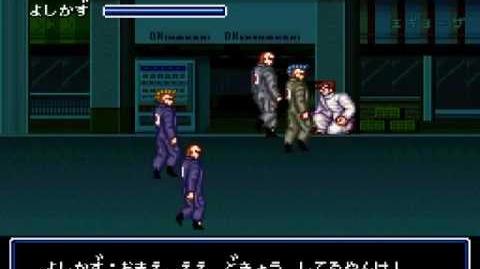 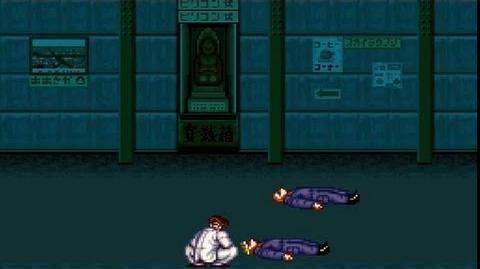 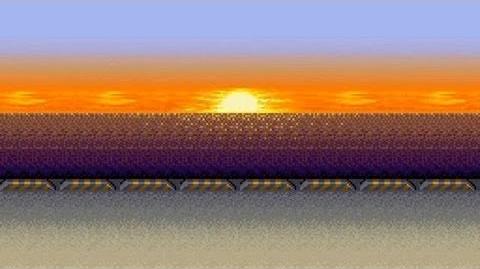 Retrieved from "https://kuniokun.fandom.com/wiki/Shodai_Nekketsu_K%C5%8Dha_Kunio-kun?oldid=8556"
Community content is available under CC-BY-SA unless otherwise noted.