Be a delinquent, dogs

Along with his brother Ryūichi, he is one of the few characters in the Downtown Nekketsu series who is addressed by his given name. 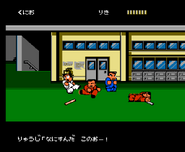 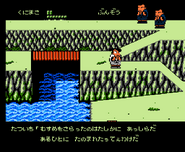 Kunimasa ready to face off against Tatsuichi and Tatsuji in Downtown Special. 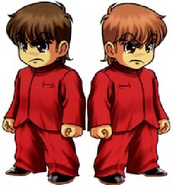 Retrieved from "https://kuniokun.fandom.com/wiki/Ryūji?oldid=11096"
Community content is available under CC-BY-SA unless otherwise noted.