Be a delinquent, cats

Ryūichi, along with his twin brother Ryūji is one of the few characters in the Downtown Nekketsu series who is addressed or referred to by his given name instead of surname.

In River City Ransom, the western localization of the game, he is renamed Randy. He retains this name in River City: Tokyo Rumble

Ryūichi plays the role of Tatsuichi in the historical drama play. Just like in Downtown Nekketsu Monogatari, Tatsuichi along with his twin brother Tatsuji kidnap Okoto (whose role is played by Hasebe).

Ryūichi returns as the captain of the Reiho Academy team.

He doesn't appear in the game's western localization, Crash 'n the Boys: Street Challenge. He is replaced with another character.

Ryūichi is one of the many available characters that can be added to any of the player's custom teams. He is also in the game's cover art, sporting a mullet similarly to the one Billy Lee had at the time in Return of Double Dragon.

Ryūichi is the captain of the Reiho Academy team.

Ryūichi is a bonus boss in the game.

A remake of Downtown Nekketsu Monogatari, Ryūichi has a similar role to that game.

Ryūichi is back as the captain of the Reihou Academy Team. 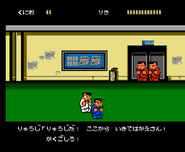 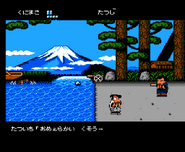 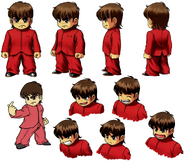 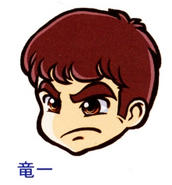