Not to be confused with Rika.

Reika (麗華, れいか?), full name Gojōin Reika (五条院麗華, ごじょういん れいか?) is a spoiled rich girl and 3rd year student who attends Reihō Academy, said to be charismatic but also a bully. She is the captain of the Reihō Sports Team, which is a super group of athletes from different sports, and one of several Reihō High School teams in River City Super Sports Challenge ~All Stars Special~.

Reika's specialty sport is tennis. Reika is a capable fighter, but always has her servants around to lend a hand. She is also said to be in a relationship with Gōda, which is odd because their personalities clash.

Reika's first appearance is in Downtown Nekketsu Baseball Monogatari: Yakyū de Shōbu da! Kunio-kun as the manager of the Reihō Academy baseball team. Tōdō serves as the team's coach while Aihara is the team's cheerleader.

Reika is one of the few Downtown Nekketsu characters who is addressed by her given name.

Reika makes an appearance as a shopkeeper in River City Girls. She runs Vest Friends in the Crosstown Mall. Reika is voiced by Victoria Holden. 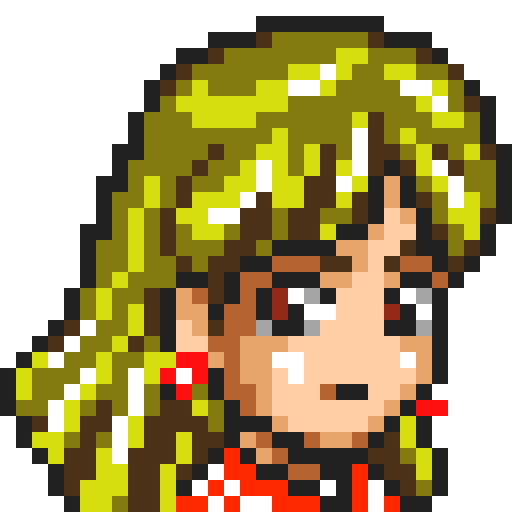 Reika in Downtown Smash Dodgeball!
Add a photo to this gallery
Retrieved from "https://kuniokun.fandom.com/wiki/Reika?oldid=10387"
Community content is available under CC-BY-SA unless otherwise noted.