Mami (真美, まみ?), full name Shimada Mami (島田真美, しまだ まみ?), is a 2nd Year High School Student of Hanazono High School in the Kunio-kun franchise. She is Riki's girlfriend in Downtown Nekketsu Monogatari, who is kidnapped by the Twin Dragon Brothers. A kind and innocent individual who saw through Riki's rough side, which allowed her to find a kinder personality within him. The two began dating for this reason.

Mami is one of the few characters in the Downtown Nekketsu series who is addressed and referred to by her given name in most of the games.

Mami is the damsel in distress of the game, kidnapped by the Dragon Twins.

In River City Ransom, the western localization of the game, she is renamed Cyndi.

Mami is the Hanazono High School cheerleader. In this game she is addressed by her surname, Shimada.

In some of the game shops, Mami appears as the shopkeeper playing the role of Omitsu.

Mami resumes her role as the Hanazono High School cheerleader.

Mami also appears in the game's western localization, Crash 'n the Boys: Street Challenge, as the manager of Washington High School. Her name (or if she was renamed) is not shown.

Mami appears in the item shop.

Mami appears as the manager of the Hanazono High School team. The role of cheerleader was given to Nishino Tamae.

Mami appears as Princess Mami, the princess of a kingdom who is kidnapped.

A remake of Downtown Nekketsu Kōshinkyoku: Soreyuke Daiundōkai, Mami is again the cheerleader for the Hanazono High School team. Because the game has a separate character named Mami in the Yurigaoka Girls High School team, Mami is addressed as Shimada like in the original name. However, the Magical Story version of Mami is named Mami regardless.

Downloadable content released for the game allowed players to use the Cheering Girls (Cheerleader in the localized version of the game) team, which is led by Hasebe, includes Kōzuki (Reihou's Director of the Broadcasting Division) and the cheer leaders of the default teams (Momozono, Aihara and Kirishima) Mami is included in the team as well. The team is unique in that they have three special techniques instead of two. Mami uses Saotome's Dash Aura Punch, Riki's Tornado Punch, and Maeda's Burst Kick.

Princess Mami acts as the cheerleader for the Nekketsu Magical Story team, which has characters from River City: Knights of Justice.

A remake of Downtown Nekketsu Monogatari, Mami is kidnapped and must be rescued again. The game reveals that Mami attended middle school with Kunio and Hasebe.

Mami appears as a secret final boss, along with Hasebe, if the player beats the game and destroyed all Sabu Statues. Unlike in Downtown Nekketsu Monogatari (River City Ransom), in River City Girls she and Hasebe are re-imagined as snobby, diva-like 'popular girls', and there are minor hints that the two have a long-running unfriendly rivalry with Kyoko and Misako. 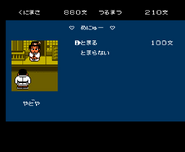 Mami playing the role of Omitsu in Downtown Special. 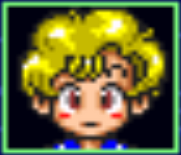