Although the game was also announced for Microsoft Windows (via Steam), the game was instead distributed on DMM.com GAMES PC platform[1].

Nintendo World Cup, the western version of Nekketsu Kōkō Dodgeball Bu: Soccer Hen is not included in this compilation since that version was localized and published by Nintendo.

Early copies of the game include a separate game, Hanazono Kōkō Dodgeball Bu, in which players get to play the Campaign and Club Activity modes with Riki's school and team[2]. The Steam/PC version will not include the game[3].

Promotional art showing all the games available in the collection. 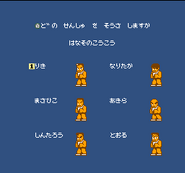 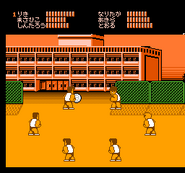