Welcome to the Kunio-Kun Wiki. The Kunio-kun franchise was created by Technōs Japan Corp. and has more than 30 games. The first game of the franchise, Nekketsu Kōha Kunio-kun (released as Renegade in North America) was Technōs' first big hit. The series would become more popular on the Famicom thanks to Downtown Nekketsu Monogatari and Downtown Nekketsu Kōshinkyoku: Soreyuke Daiundōkai (the former was localized in North America as River City Ransom on the NES, an influential cult classic). Veteran Technōs staff continue to work on the series in a new company, Million Co., Ltd, which is now owned by Arc System Works. The series original creator, Yoshihisa Kishimoto, is also involved in the creation of current games.

Though a popular series in Japan, the Kunio-kun series remains a niche franchise in North America. There are multiple reasons for these: the attempt to sell the games to the western market, which required alterations to the games and the fact that Technōs was unable to publish most of their own games (River City Ransom and Crash 'n the Boys: Street Challenge were the only Kunio-kun games they published). The series does have a cult following in some parts of Asia, Europe and North America.

Localizations of Kunio-kun games by Technōs include Renegade, Super Dodge Ball (these two being the only two arcade games in the series), River City Ransom (Street Gangs in Europe), Nintendo World Cup, Double Dragon II (for the Game Boy, was originally going to be released as The Renegades by Technōs before Acclaim got the rights to publish the game) and Crash 'n the Boys: Street Challenge. The Neo Geo version of Super Dodge Ball was the last game released by Technōs in the west which fully used the Kunio-kun characters without making alterations (Nintendo World Cup did use Kunio as a character for the Japan Team).

After Arc System Works purchased the rights to release the series, they started using the Kunio-kun characters and settings in the western market under the River City brand for the purpose of recognition (there are some exceptions, in River City: Tokyo Rumble, some characters use the names they were given in River City Ransom while others use their names from the Kunio-kun series).

River City Girls is the latest released game in the franchise. River City Melee Mach!!, a sequel to River City Melee: Battle Royal Special is currently in development by Arc System Works and has a planned release date of October 10, 2019. Stay Cool, Kobayashi-san!: A River City Ransom Story has just been announced for a 2019 release for Xbox One, PS4, Nintendo Switch and PC. It will be a collaboration between Yoshihisa Kishimoto and Hiroyuki Sekimoto. 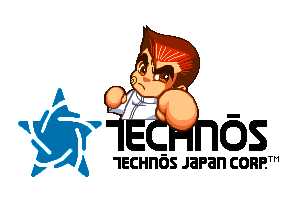 Prior to the release of Nekketsu Kōha Kunio-kun Special, the Kunio-kun franchise was split into three sub-series:

With the release of Nekketsu Kōha Kunio-kun Special, Yoshihisa Kishimoto, Million Co., Ltd and Arc System Works have decided to fuse all three sub-series into a single new series.

With -1 active users, we are currently maintaining 186 articles and 1,333 files, and you can help!
An unofficial wiki dedicated to the Kunio-kun series created by Technōs Japan Corp, now wholly owned by Arc System Works. The goal of the wiki is to provide information on the series' characters and the games in general. The Japanese games take precedence over the western adaptions with some exceptions, though the western versions of the games will also be acknowledged. There are also various spin-offs of the series in which former Technōs staff were involved in, they will be added in the future.

Photos and videos are a great way to add visuals to your wiki. Find videos about your topic by exploring Wikia's Video Library.

Go to these sites for info or for help with your own wiki!

Retrieved from "https://kuniokun.fandom.com/wiki/Kunio-Kun_Wiki?oldid=7290"
Community content is available under CC-BY-SA unless otherwise noted.